November is Native American Heritage Month, and we begin with our acknowledgment of those indigenous peoples whose land we now occupy. The University of Arizona sits on land that has been occupied for centuries by many peoples long before European settlers sailed to these shores. Some we only know by the ruins and artifacts that they left behind and whose cultures have names remembered only in oral histories, such as the Anasazi, Mogollon, and Hohokam to name a few. Some studies have indicated that indigenous cultures have been on the North American continent for 30,000 years.

The University of Arizona recognizes those peoples whose land we now occupy in the Official Land Acknowledgement:
“We respectfully acknowledge the University of Arizona is on the land and territories of Indigenous peoples. Today, Arizona is home to 22 federally recognized tribes, with Tucson being home to the O’odham and the Yaqui. Committed to diversity and inclusion, the University strives to build sustainable relationships with sovereign Native Nations and Indigenous communities through education offerings, partnerships, and community service.”

More information on this statement can be found at the following website: https://humanrightspractice.arizona.edu/land-acknowledgement

Other Ancient peoples have occupied this land long before Europeans set foot on the North American Continent.  Shown here are the peoples that flourished in what are referred to as “Archeological Cultures”:

Prior to the American Expansion into the western continent and after the archeological cultures vanished, the land that eventually became the Arizona Territory was shared by a number of Native American cultures. The map below shows, roughly, the lands occupied by each community.

Currently, there are 22 federally recognized Native American communities in Arizona including the Navajo Nation, which is the largest in the country and occupies land in three states. The following is a list of the 22 communities within the state:

Of these present-day communities, the University of Arizona is in a region that was home to the Tohono O’odham and Pascua Yaqui communities.
For more information and a map of where the 22 Native American communities are, please visit the following website:
https://statemuseum.arizona.edu/programs/american-indian-relations/tribes-arizona

The Native Governance Center had developed a guide to indigenous land acknowledgement in collaboration with many tribal nations, and you can read their guide by visiting the following website:
https://nativegov.org/news/a-guide-to-indigenous-land-acknowledgment/

This is something to keep in mind no matter where you are, and it is a good reminder during Native American Heritage Month. 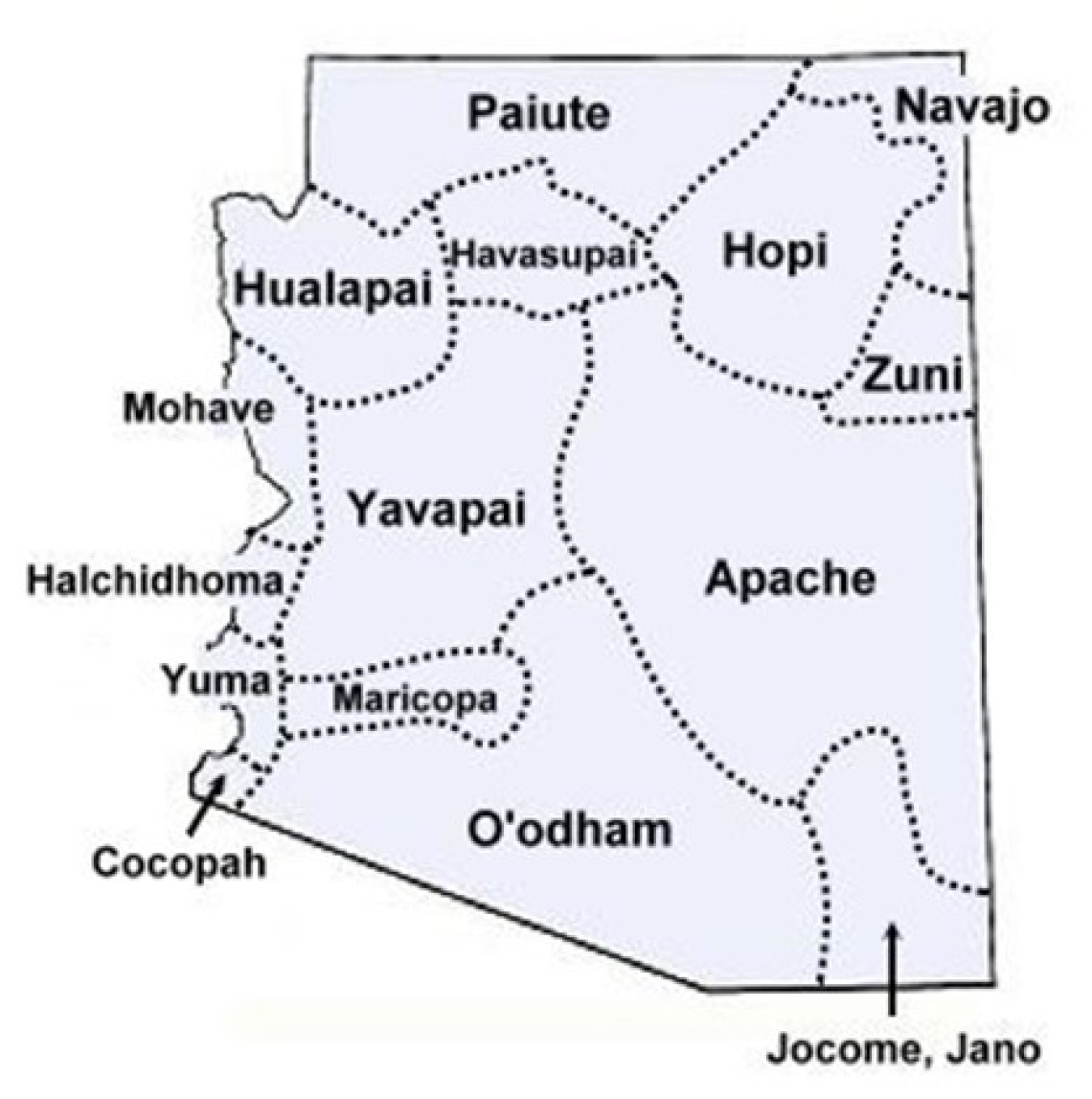 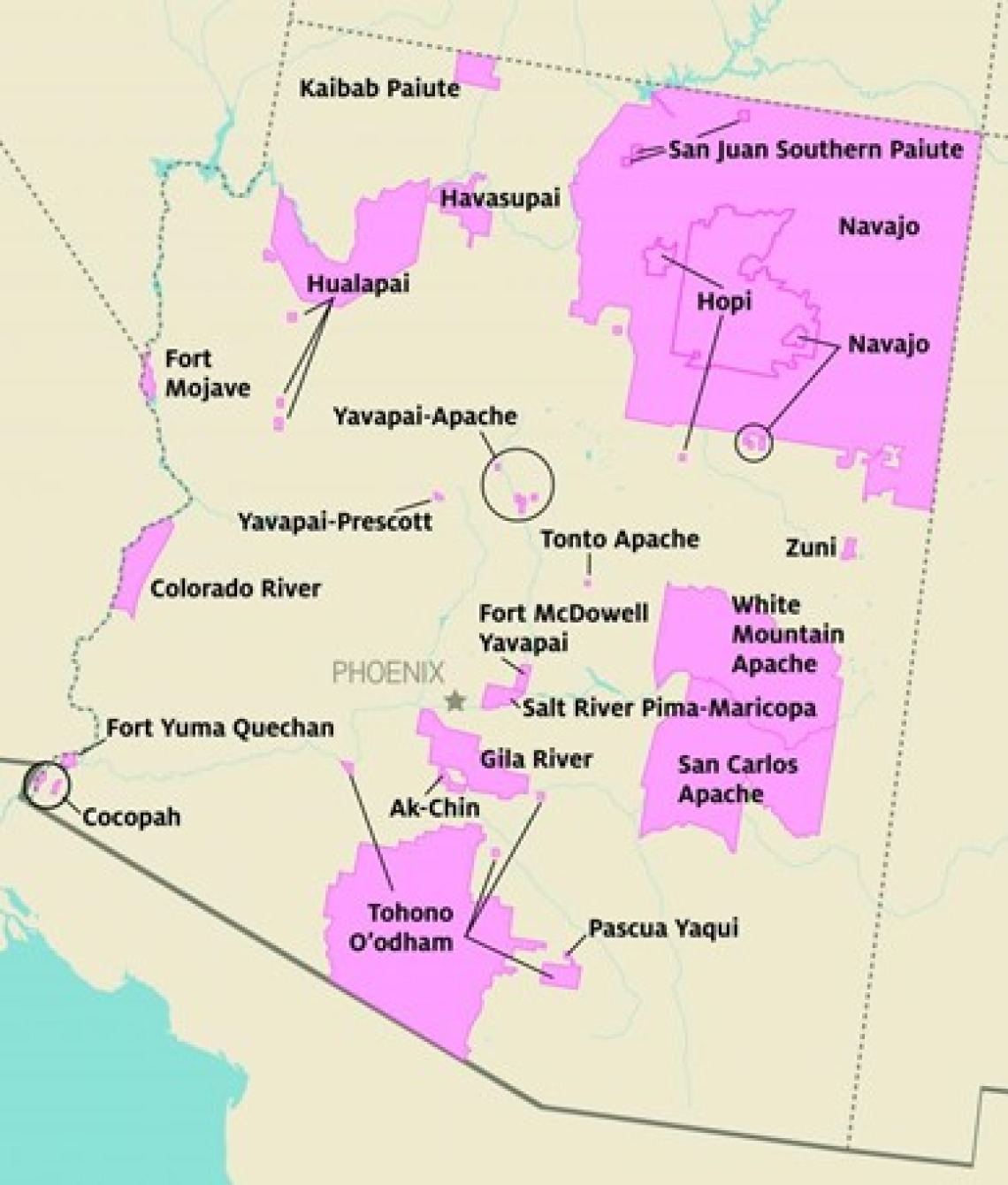 Sá’ąh Naagháí Bik’eh Hózhóón, the Diné traditional living system, places human life in harmony with the natural world and the universe. It provides both for protection from the imperfections in life and for the development of well-being. When applied to education, the philosophy provides a balance between Navajo and Western education. That mission has allowed the college itself to thrive and will ultimately bring success to students.

Dine College and Tohono O’odham Community College are 2 of the 35 institutions that are part of the American Indian Higher Education Consortium (AIHEC).

Additional information and photo sources are on the following web pages: 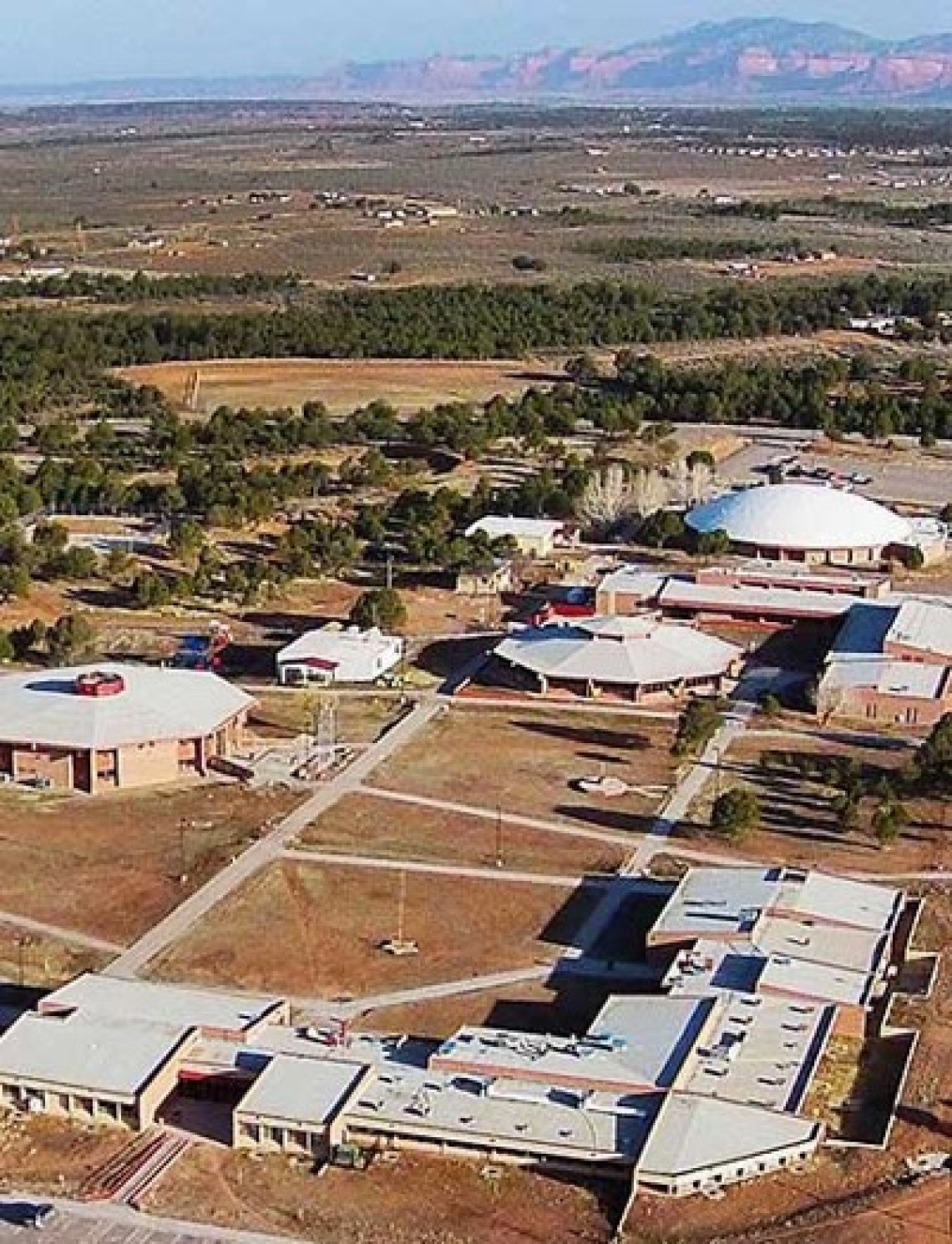 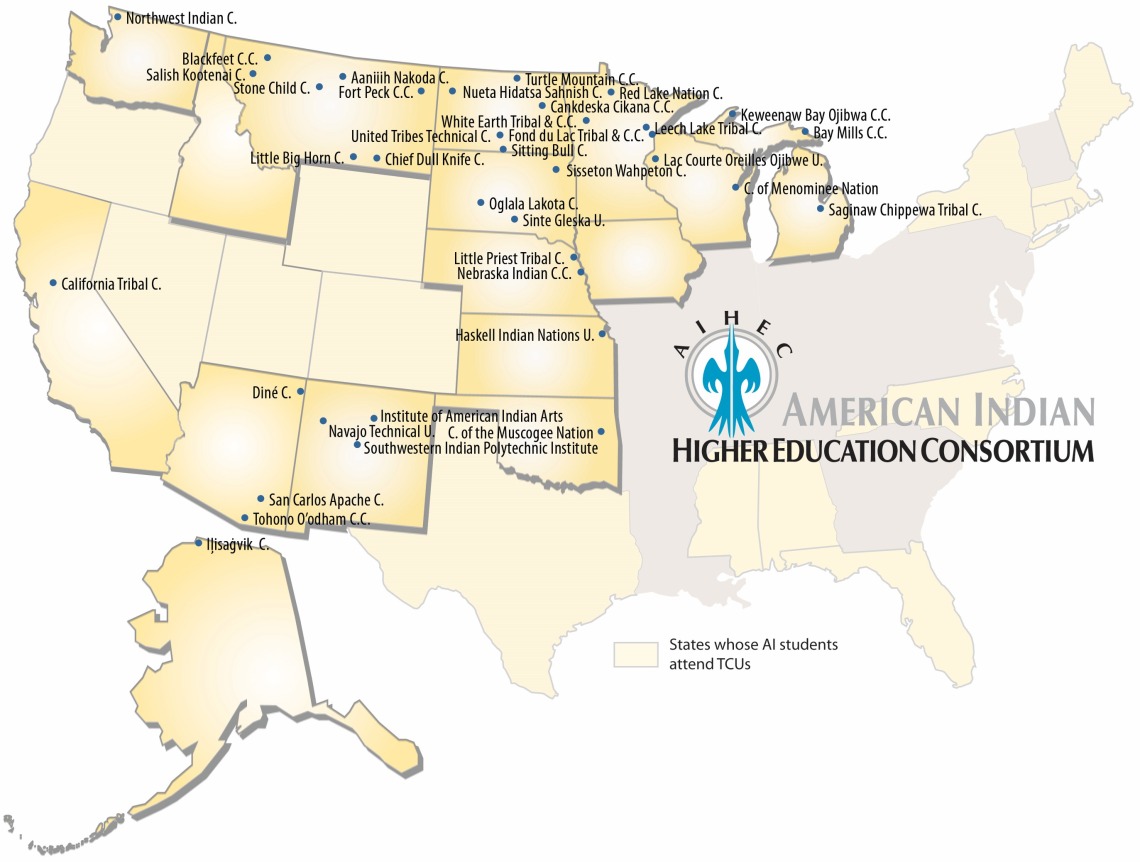 Dine College and Tohono O’odham Community College are 2 of the 35 institutions that are part of the American Indian Higher Education Consortium (AIHEC). 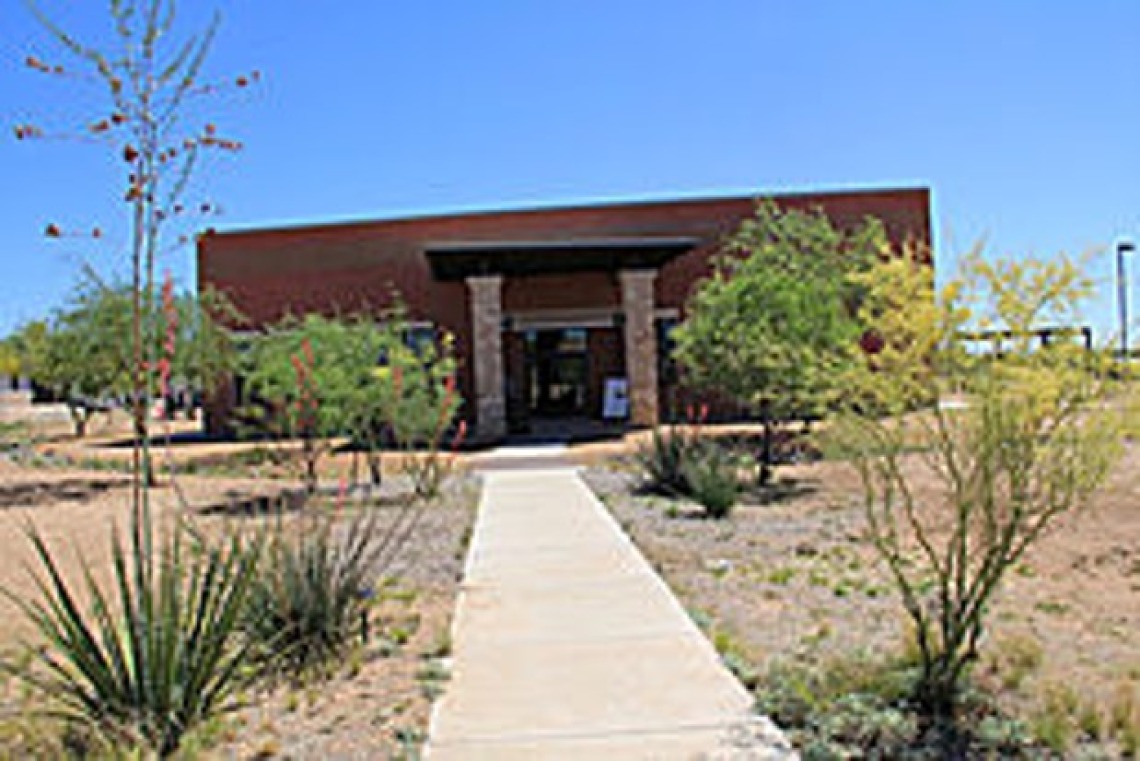 Tohono O’odham Community College was chartered in 1998 and opened to students in 2000. It is the youngest of the tribal colleges.

Modern genetic testing has advanced the classification of sets of genetic characteristics referred to as haplogroups. Studying the occurrence of specific haplogroups in modern humans and prehistoric remains has led to proposed migration patterns based on the genetic markers passed down from mother to daughter and father to son (Mt-DNA and Y-DNA).

Specific haplogroups belonging to Native Americans can trace their ancestral migration from Asia across the land bridge into modern day Alaska and into North and South America.

It is hypothesized that these indigenous peoples have been on the continent for anywhere from 13,000 to more than 30,000 years, depending on the study.

The proposed migration patterns are shown in the following maps: 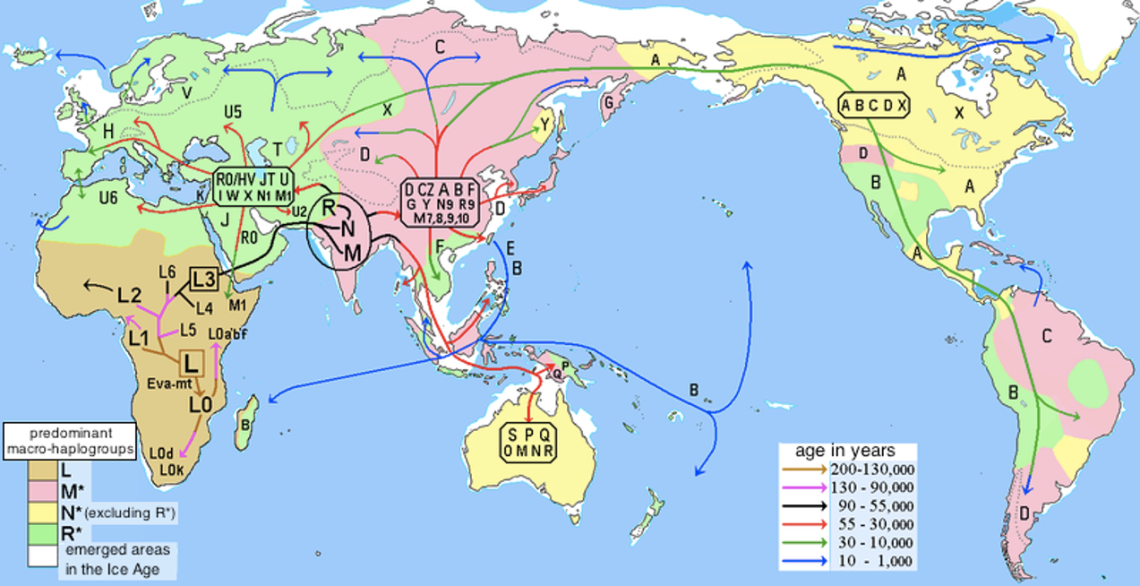 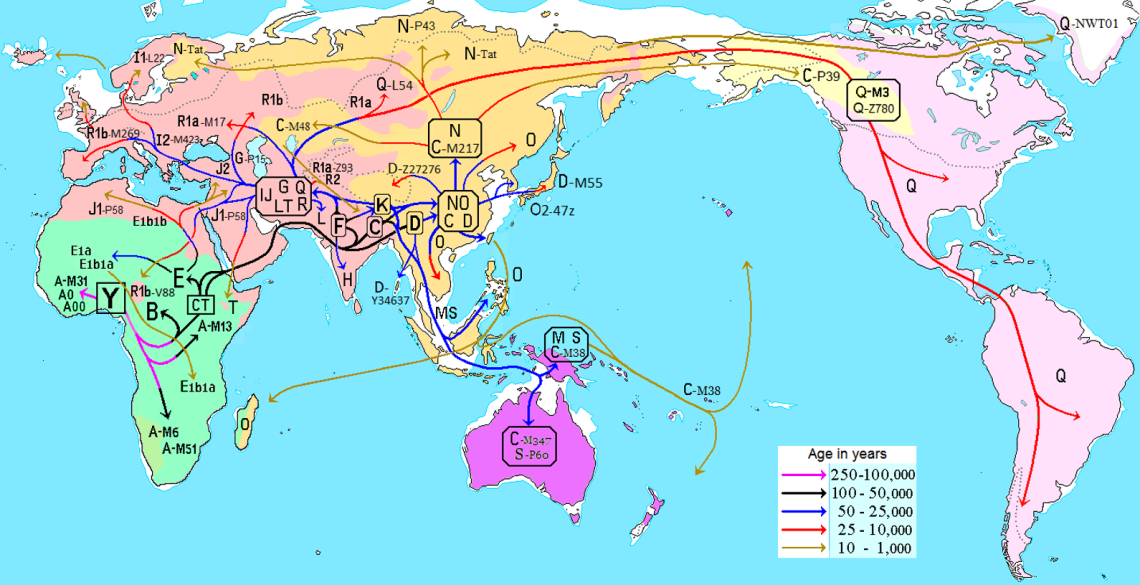 You can find an explanation of Haplogroups here

For more information on genetic migrations:

A genomic view of the peopling of the Americas